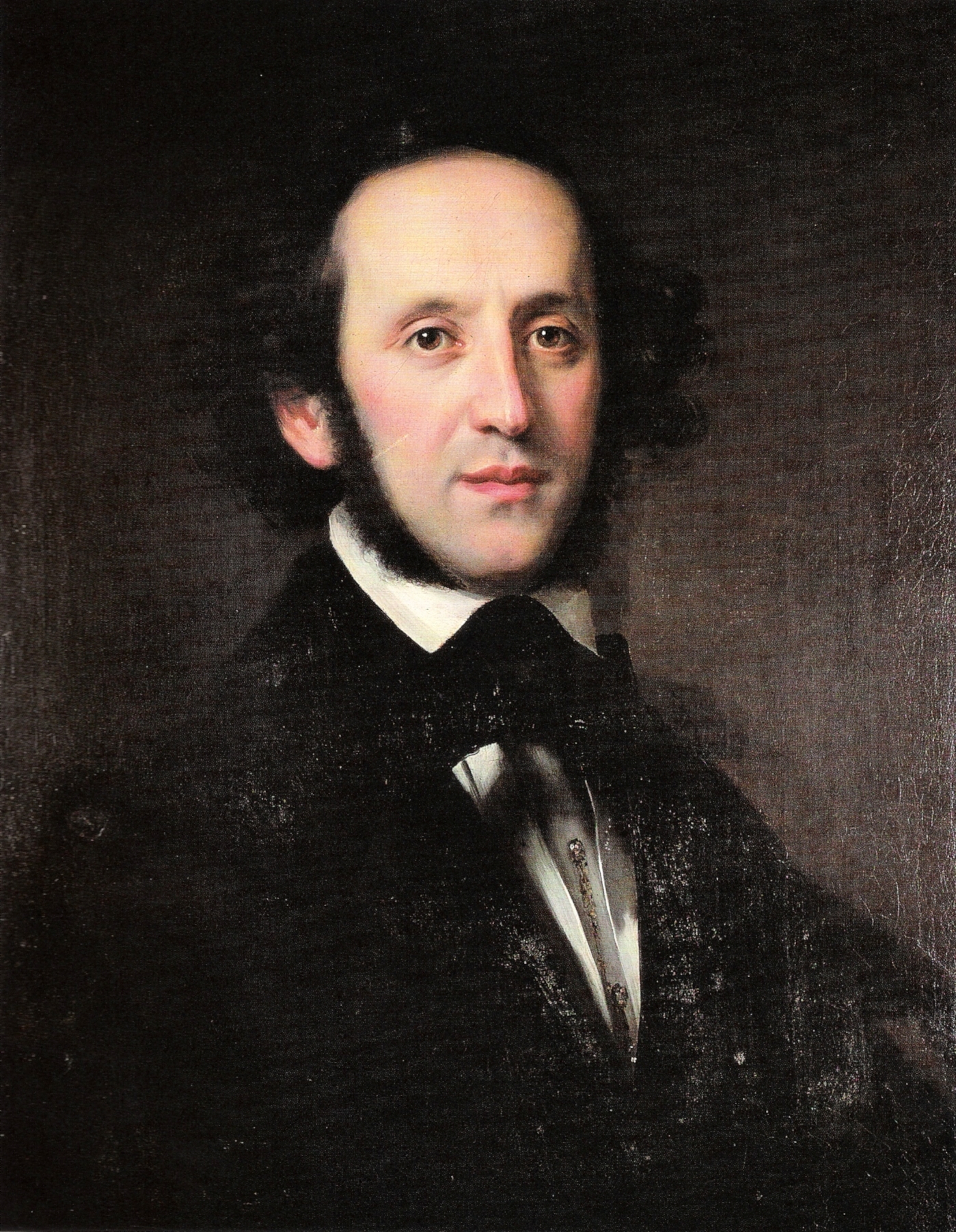 Jakob Ludwig Felix Mendelssohn Bartholdy|group=n}} (3 February 18094 November 1847), born and widely known as Felix Mendelssohn, Ludwig) Felix Mendelssohn (note the parentheses) as the entry title, with "Mendelssohn" used in the body text. In German and some other languages the surname "Mendelssohn Bartholdy" (sometimes hyphenated) is generally used.|group=n}} was a German composer, pianist, organist and conductor of the early Romantic period. Mendelssohn's compositions include symphonies, concertos, piano music, organ music and chamber music. His best-known works include the overture and incidental music for ''A Midsummer Night's Dream'', the ''Italian Symphony'', the ''Scottish Symphony'', the oratorio ''St. Paul'', the oratorio ''Elijah'', the overture ''The Hebrides'', the mature Violin Concerto and the String Octet. The melody for the Christmas carol "Hark! The Herald Angels Sing" is also his. Mendelssohn's ''Songs Without Words'' are his most famous solo piano compositions.

A grandson of the philosopher Moses Mendelssohn, Felix Mendelssohn was born into a prominent Jewish family. He was brought up without religion until the age of seven, when he was baptised as a Reformed Christian. Felix was recognised early as a musical prodigy, but his parents were cautious and did not seek to capitalise on his talent. His sister, Fanny, received a similar musical education and was a talented composer and pianist in her own right; some of her early songs were published under her brother's name.

Mendelssohn enjoyed early success in Germany, and revived interest in the music of Johann Sebastian Bach, notably with his performance of the ''St Matthew Passion'' in 1829. He became well received in his travels throughout Europe as a composer, conductor and soloist; his ten visits to Britain – during which many of his major works were premiered – form an important part of his adult career. His essentially conservative musical tastes set him apart from more adventurous musical contemporaries such as Franz Liszt, Richard Wagner, Charles-Valentin Alkan and Hector Berlioz. The Leipzig Conservatory,|group=n}} which he founded, became a bastion of this anti-radical outlook. After a long period of relative denigration due to changing musical tastes and antisemitism in the late 19th and early 20th centuries, his creative originality has been re-evaluated. He is now among the most popular composers of the Romantic era. Provided by Wikipedia
Showing 1 - 4 of 4 for search: 'Mendelssohn-Bartholdy, Felix, 1809-1847', query time: 0.06s
List  Tabulka
Search Tools: Get RSS Feed — Email this Search —
Loading...